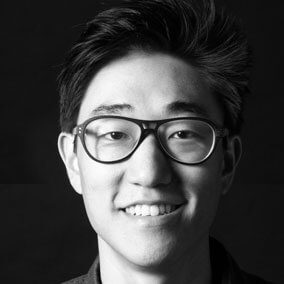 A native Californian, Jonathan Kim was born in Los Angeles and grew up in the San Francisco Bay Area. At young age, his parents recognized his interest in the arts and enrolled him in after-school enrichment programs for piano, violin, painting and pottery. During high school, Kim was introduced to the Environmental Design program at Art Center College of Design which would provide the bridge between architecture, branding and products that would allow him to engage in his varied creative interests.

After enrolling at the age of 18, Kim became particularly interested in technological processes like rapid prototyping and fabrication. With the accelerated learning process and industry connections at Art Center, Kim quickly gained practical real-world exposure. His design philosophy is rooted in observation – studying the world around him and striving to design spaces and products that help people “act faster, smarter and better.”

He completed his second year at Art Center by participating in a Johnson & Johnson sponsored multidisciplinary studio in Berlin, Germany. The following spring, Kim and three other students were selected to take part in a transatlantic Design Student Challenge hosted by 3M and WantedDesign during the 2012 New York Design Week. This experience was quickly followed by a three-month internship at Nike’s World headquarters in Beaverton, Oregon, where he worked in Store Design under the DTC Global Retail Team.