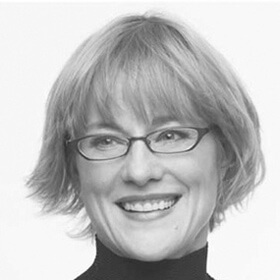 Jhane Barnes is one of the rare design talents in America that has been able to survive independently for more than 25 years despite the fickleness of fashion and the chaos of the retail industry. In addition to designing luxury men’s wear and accessories, Barnes designs for the contract interiors market — textiles, carpets and furniture — with leading partners such as Bernhardt Design and Collins & Aikman.

Over the last twenty years, she has received numerous honors for her effort including a four-time winner of the “Institute of Business Designers Gold Award”; a two-time winner “American Society of Interior Designer Gold Award”; recognized for leadership in design in “I.D. 40” by International Design Magazine, 1996; a four-time winner of the “Good Design Awards” from the Chicago Athenaeum Museum of Architecture for her textile, furniture and carpet designs; a three-time winner for the Jhane Barnes Textile collection: “Best of NEOCON” in 1998, 1999 and 2000.

Barnes partnered with Bernhardt Design to design and market the Jhane Barnes furniture collection and with Collins & Aikman for carpet. Hand-woven throws from Jhane Barnes are available through Textillery Weavers. Barnes’s textile designs can be found in the headquarters of America’s best-known corporations, including Apple, Coca-Cola, GTE, Walt Disney, Hewlett Packard, and IBM. In 2002, Barnes formed her own company, Jhane Barnes Textiles, as a way to be a better partner to her contract textile customers.

Recognized as one of the first women designing for the men’s wear market, Barnes has won the respect of her peers as well as the loyalty of discerning, sophisticated customers throughout the U.S. Today, her menswear products include sportswear, suits, formal wear and a variety of accessories under the Jhane Barnes Collection and Frequency names.

Barnes was borne in Maryland and was already sewing clothes for herself and friends when she was in high school. The school principal, noticing Barnes’s talent, asked her to make uniforms for the marching band. While Barnes nursed an ambition to go to Cal Tech to study astrophysics, her teachers recognized her true talent lay in design. She heeded their advice (much to the chagrin of her parents), and headed off to study fashion design at New York’s Fashion Institute of Technology. Her fate was sealed while she was still a student: a retail executive gave Barnes an order for 1000 pair of pants after he spotted a model wearing one of Barnes’s designs while dining out. Barnes’s biology teacher loaned her the seed money to fill the order and Barnes was in the men’s wear business to stay. Her entry into the contract interior market would soon follow.

Barnes has found a way to incorporate her love of science and math into the “smart” approach she takes to design: innovative use of fabrics and fibers, an appreciation of artisanal and ancient crafts – balanced by cutting edge technology and techniques from around the world. Barnes and her husband, Katsuhiko Kawasaki, live north of New York City with their two dalmatians, Aiko and Genki, and a golden retriever named JB. Barnes’s design headquarters and showrooms are located in New York City.